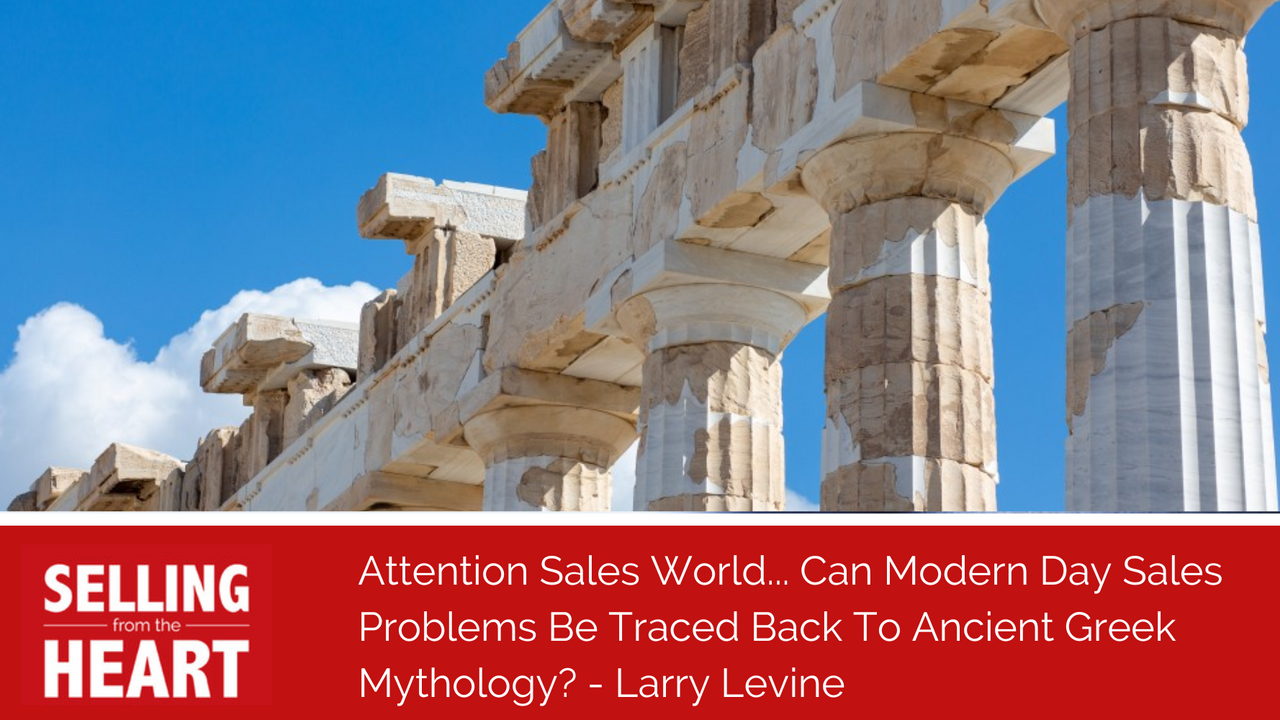 As we start our journey together, write down these three words from the above Aristotle quote... repeatedly, excellence and habit.

These three words are synonymous with sales professionals but what about with sales reps?

Many of the wisest words ever said came by way of incredible Greek philosopher quotes.

Greek language has had a tremendous influence on the English language. In our everyday lives, we use Greek rooted words, stems, prefixes and definitions.

Quoting The Oxford Dictionary - "Out of the 470,000 English words that have been created and used over the years, more than 150,000 have Greek roots."

Doctor Marianne McDonald, American scholar and philanthropist, known for her work in the interpretation, sharing, compilation, and preservation of Greek texts, plays and writings, went onto to say, "600,000 Greek words are used today, making the Greek vocabulary the largest in the world and 3.5 times bigger than the English vocabulary."

Just as Greek words have played an influential part within the English language, so has Greek mythology.

So much so, and ever so apparent within the 21st century. You will soon find out.

In modern society, many equate the term 'myth' with negative connotations, suggesting a lack of authenticity or reliability.

However, mythology was a means to explain the environment in which Greeks lived, the natural phenomena's in which they witnessed, and the passing of time through the days, months, and seasons.

These myths were used to story-tell around historical events to maintain connection with their ancestors, the wars they fought, and the places they explored.

All of this got me thinking... How has Greek mythology, language and their Gods impacted the sales world.

There are those who think ancient Greek mythological stories are nothing more than a bunch of outdated tales, sorry folks; you may just be incorrect.

You see, these stories may have been written thousands of years ago but remember they were written by wise men who had a hand in helping shape the way we view salespeople.

Hermes was the son of Zeus and Maia, one of the Pleiades. He was a mischief-maker; the King of all thieves. Hermes was the fleet-footed messenger of the gods.

Aren't many in sales the fleet-footed messengers on behalf of their organizations?

Hermes was quite smart at both sneaking out of sticky situations and convincing of his innocence, sounds a bit familiar, doesn't it?

The Greeks looked upon Hermes as a patron of travelers and merchants, as well as a bringer of good luck. Salespeople do bring good luck to their company, don't they?

Ares was the son of Zeus and Hera, both of whom hated him (according to Homer). Ares represented the violent and physical untamed aspect of war. He was the embodiment of an insatiable and overwhelming thirst for destruction and slaughter.

Why do so many in sales have a thirst for destroying their competition? They should turn their attention to helping their clients do better business.

Ares was high-tempered and impatient. He had zero tolerance when it came to mistakes and he was always ready to pick a fight; winning at all costs, even when there was nothing valid or necessary to win.

Spend any amount of time in sales, and you will have encountered a sales manager or a salesperson who exudes Ares' characteristics.

ANCIENT GREECE AND THE IMPACT ON THE SALES WORLD

"There is only one good, knowledge, and one evil, ignorance."

Those who are successful in sales build a strategic plan to develop new business while building a fortress around their current clients.

With daily precision these salespeople stand on guard, protecting their vital assets (their clients) like the Greek god Ares. Their ability to teach, tailor and take control of their own destiny is why they explode past their quotas.

I can only imagine some of you right now saying to yourself, "Where the $%&!$ is Larry going with all of this?"

Well, let's point back to the Socrates quote above and extract one word out of it, ignorance.

You see ignorance is bliss and applies to the sales world.

Unfortunately, and for many in sales, this ignorance combined with a complacent work ethic and mindset paralyzes many, as they become infected with slow growing, career infected diseases.

These diseases are derivatives of Greek words, allow me to explain.

Plain and simple, this ultimately will determine the success or failure of your sales funnel.

Consistent prospecting is a serious endeavor which requires a game plan and a disciplined commitment level to drive long term sustainable growth.

Let's face it, many of you didn't start your sales career off by saying “I just want to be good enough.” No, you worked your ass off! With consistency, vigor and enthusiasm (albeit you didn't know any better) you had to prospect for new business.

When you embarked on your sales career you didn't set out with the goal of hanging on, just doing enough to “get by”, or riding it out by figuring out how to survive until you can inherit another sales reps accounts. Well, at least not in the beginning.

You all worked your ass off and then you became infected with Lackitis Prospectitus.

Your mind can be convinced of almost anything if you tell it the same story over and over again.

Are you really happy with average results or have you just convinced yourself that’s the case?

"A thin line separates success from failure, the great companies from ordinary ones. Below that line lies excuse making, blaming others, confusion, and an attitude of helplessness, while above that line lays a sense of reality, ownership, commitment, solutions to problems and determined action. While losers languish below the line, preparing stories that explain why past efforts went awry, winners reside above the line, powered by commitment and hard work."

The Oz Principle: Getting Results Through Individual and Organizational Accountability

Allow that powerful quote to sink in. As Lackitus Prospectitus has been running rampant inside many sales teams, the dreaded disease Enablementus Managementus continues to rear its ugly head.

The only person they must blame for the lack of profitable new business besides you, are themselves.

Enabling sales managers who continually foster this behavior stifle growth. It's this lack of accountability and enablement mentality which fuels the sales death spiral.

Rampant excuse-making causes stagnation. I encourage all of you to hit Enablementus Managementus over the head.

I ask all those sales managers our there...

Accountability is essential to rise above the circumstances.

This disease doesn't happen overnight. This is brought upon via Enablementus Managementus. Babius Maximus or Cry Baby is derived from the ancient Greek word morós meaning moron and comes from the root mor - for foolish, the word moró has the same root but it's heard much more often ... as the word for baby.

Let's face it, sales departments are merit based, top salespeople – those who truly make it happen are typically treated significantly better than any other employee in the company.

Elite salespeople make more money (usually among the highest earners in the entire company); they have more fun (ever seen a President’s Club trip for non-sales members); they have more freedom and they get more perks (car allowance and expense account).

In many ways, successful salespeople are treated like elite athletes: as long as they're performing, they're pampered. Unfortunately, many then believe they're too good to follow the rules, and worse, they know they can get away with it.

When sales slumps occur or they lose a deal they turn to crying to get attention. "I need more leads"!

There's a cure for Babius Maximus. It starts at the top of the sales food chain. A great leader constantly thinks about the teams' overall culture and health.

They understand salespeople develop flaws and are prone to bad behaviors. They address these behaviors with the appropriate level of response and strategy. It becomes iron fist, velvet glove time.

Meanwhile, a bad manager puts up with your B.S. in exchange for the next deal.

DON'T HOLD YOURSELF BACK FROM SALES GREATNESS

Throughout sales history, ego might be the single biggest flaw for the downfall of those in sales. Let's add in a splash of fear, complacency and pride to round out the mess.

I encourage you, please don’t succumb to the dreaded disease of stagnation.

I threw some comedic twists and wacky analogies out there, but with all sincerity, it's to drive home a huge point - change is necessary to fuel sustainable growth.

As we started our journey together, I asked you to write down three words... repeatedly, excellence and habit.

What will you do moving forward to bring these words to life?

Don't miss a blog article. Share your email address and we'll send each new article to your email. 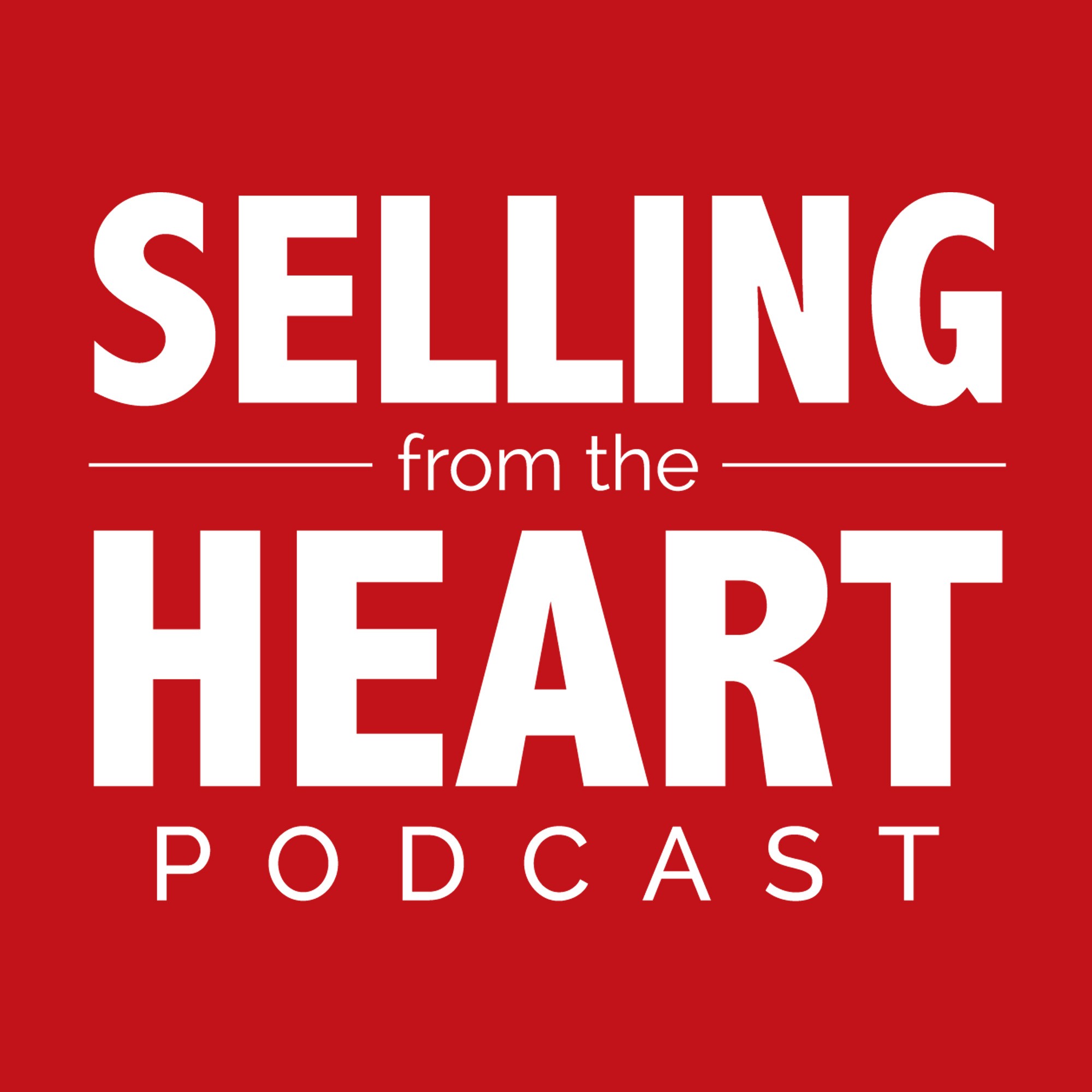 Get a Daily Dose of Inspiration

Start your morning with a daily dose of ideas and motivation to sell from the heart!

Your email address will be kept private.
You can unsubscribe at any time.